Skip to main content
Women have to kiss a lot of frogs to find their Prince, but no one ever talks about all the women we "frogs" have to take out to dinner or lunch, or to concerts, or on trips just to get that kiss...until now! "Good Luck Everybody" is a standup special about a newly engaged man telling stories of his incredibly funny dating past and what it took to find the love of his life. It's an ode to the hilarity of love, dating and relationships.
✕ ✕ 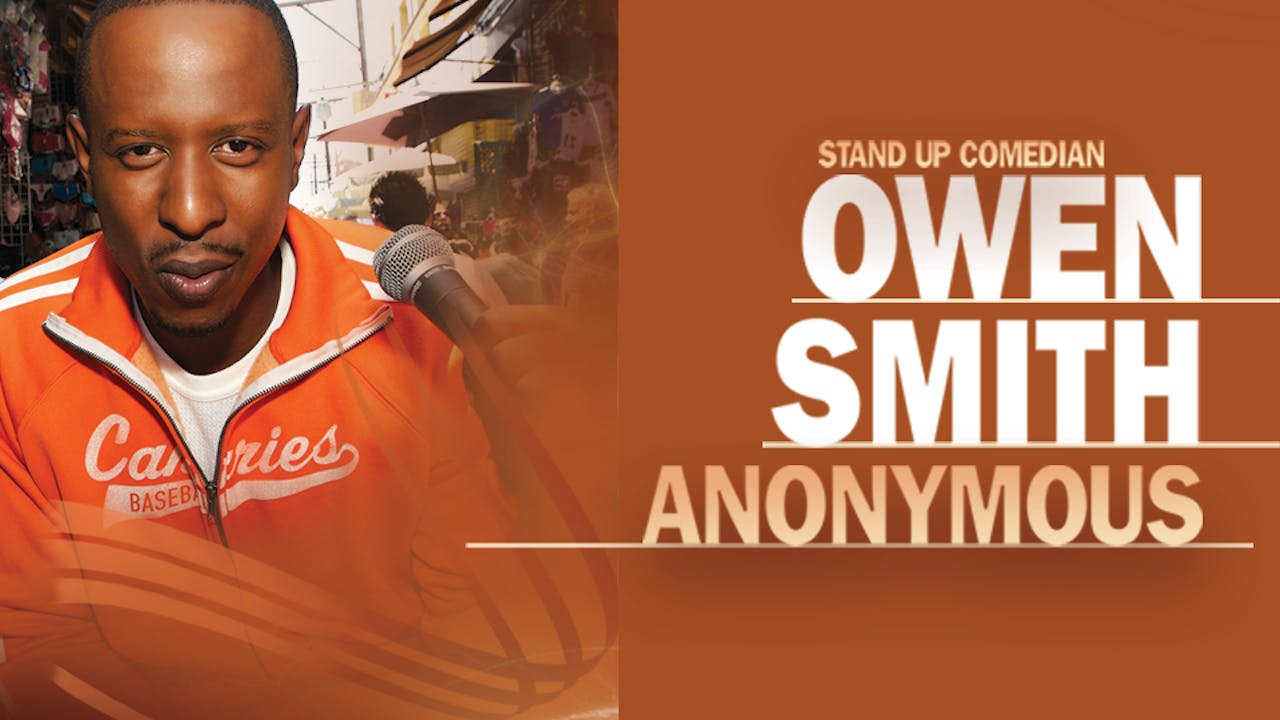 Owen Smith: Anonymous. The Comedy Special I paid for myself. 2006 I was working on #EverybodyHatesChris and frustrated that COMEDY CENTRAL passed on me yet again for a half hour special. ERNEST THOMAS @ernestlthomas who plays Mr. Omar on the show tells me, "Owen, don't wait on Hollywood to give you permission to be great." Those words changed my life. I now had a plan: shoot my own comedy special and sell it to HBO, COMEDY CENTRAL or even SHOWTIME. Only problem was I had NO idea how to shoot a special. So, for the next year, I did mad research. Fortunately "Everybody Hates Chris" had a different director come in and direct an episode each week so when a director came through who also directed Comedy Specials, I'd take them to lunch. I got to pick the brains of KEITH TRUESDELL (directed CHRIS ROCK's CLASSIC "Bring The Pain" special) LINDA MENDOZA (at the time she did the HBO Half Hour Specials for Patrice O'Neal & Earthquake. Real comedy heads remember those.) I reached out to SUE WOLF who back in the produced and directed did virtually EVERY HBO 1/2 HOUR special ever. I randomly bumped into @Sinbad at Coogie's Cafe where he shared with me how he shot all his comedy specials -- especially the joints in Aruba. I watched every comedy special that ever came out EVER taking crazy notes on each one. I had gone from not knowing anything to being an expert!
#KattWilliams had Anthony Anderson introduce him for his break out special so I asked @terrycrews if he would fly to South Bend, IN and introduce me for this one AND HE DID!!! Also, for that year I worked my set everywhere I could. It was tight. I was ready. I drew up a budget which ended up getting tripled, bought radio ads, found a venue, flew everyone to SB and on November 2, 2007 I shot #anonymous at the Bendix Theater in South Bend, IN.
Unfortunately, I wasn't able to sell it to any of the major comedy networks so in 2010 I uploaded the entire special to YouTube. My friend, @misterleroi calls it "The most expensive demo tape on YouTube." But it all worked out. In 2010 @russellpeters had me open for him at #radiocitymusical where a rep from Sirius/XM saw me & was nice enough to play #anonymous on his platforms & since I OWN the entire special I just about made my $ back from Sirius/XM residuals! #KeepCreatin